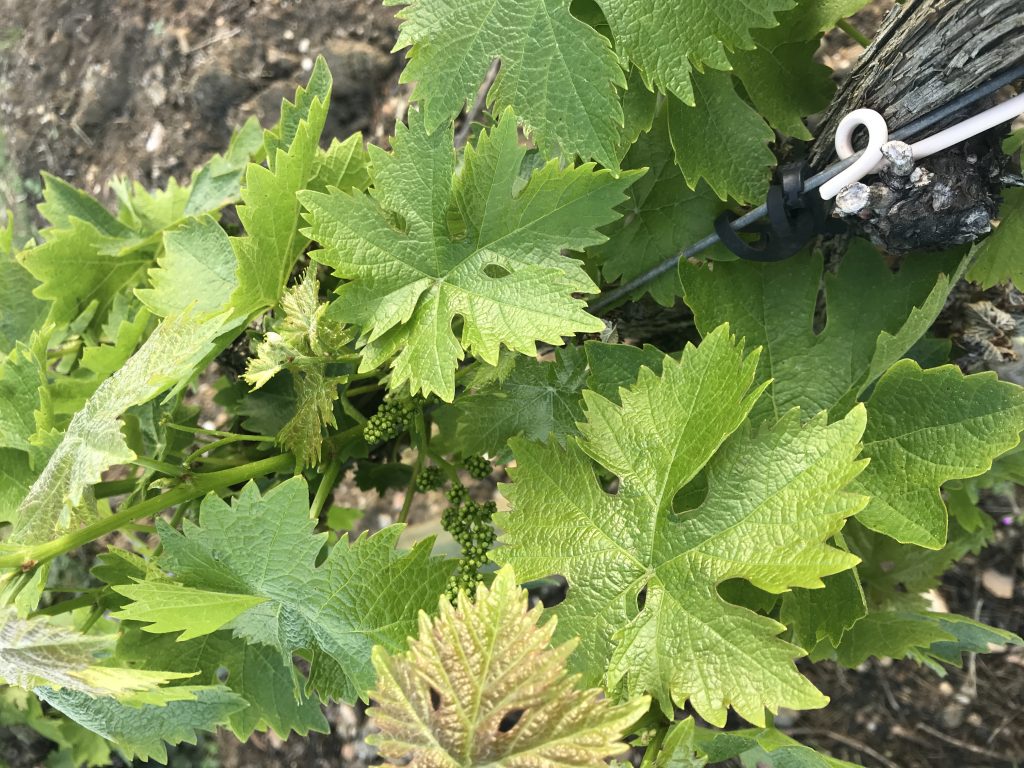 27 MaySpring Updates from our Vines

With the help of some EU funding, we have taken the opportunity to regenerate three of our vineyard blocks at Sainte Rose.  This project will take 3-5 years to complete and started this winter with the identification of the most appropriate vineyards and the removal of the existing vines.  The parcels have then been cleared, thus beginning a period of rest and recovery for the soil.

The vineyards we have removed are those that have suffered the most attrition over the past 20 years, mainly as a result of trunk disease, which is very common in vines, but also due to poor positioning and an inability to thrive.  This resulted in large areas of missing vines, which made these parcels very inefficient to farm and meant lower and lower yields across the block at harvest.  These particular vineyards were planted prior to our arrival at the Domaine and in some cases had suffered as a result of shading and nutrient competition from woodland that surrounded them.

We intend to stage the replantation of these vineyards, starting in 2023 through to 2025 and plan to plant varieties including Grenache, Syrah and Chardonnay.  In the meantime, all organic matter will be ploughed back into the soil and it will rest for at least two years before the new vines go in.

You may have seen in the news the extensive frost damage to vineyards across France and we are sad to report that Sainte Rose has not escaped unscathed. At present we are closely monitoring our vines as the growing season gathers apace. Although it is difficult to ascertain the overall losses at this stage, we are seeing some signs of life, which is positive compared to some of our fellow producers, who have lost everything.

Nevertheless it will be a very challenging vintage for the team at the Domaine, with very low yields and the likelihood that each variety will have fruit that matures at different stages and later in the season than usual. This is the first year we have encountered frost damage since we began in 2002. Our determination and savoir-faire means that we are focussed on producing as many as we can of our high quality wines and we look forward to raising a glass to overcoming this challenge!